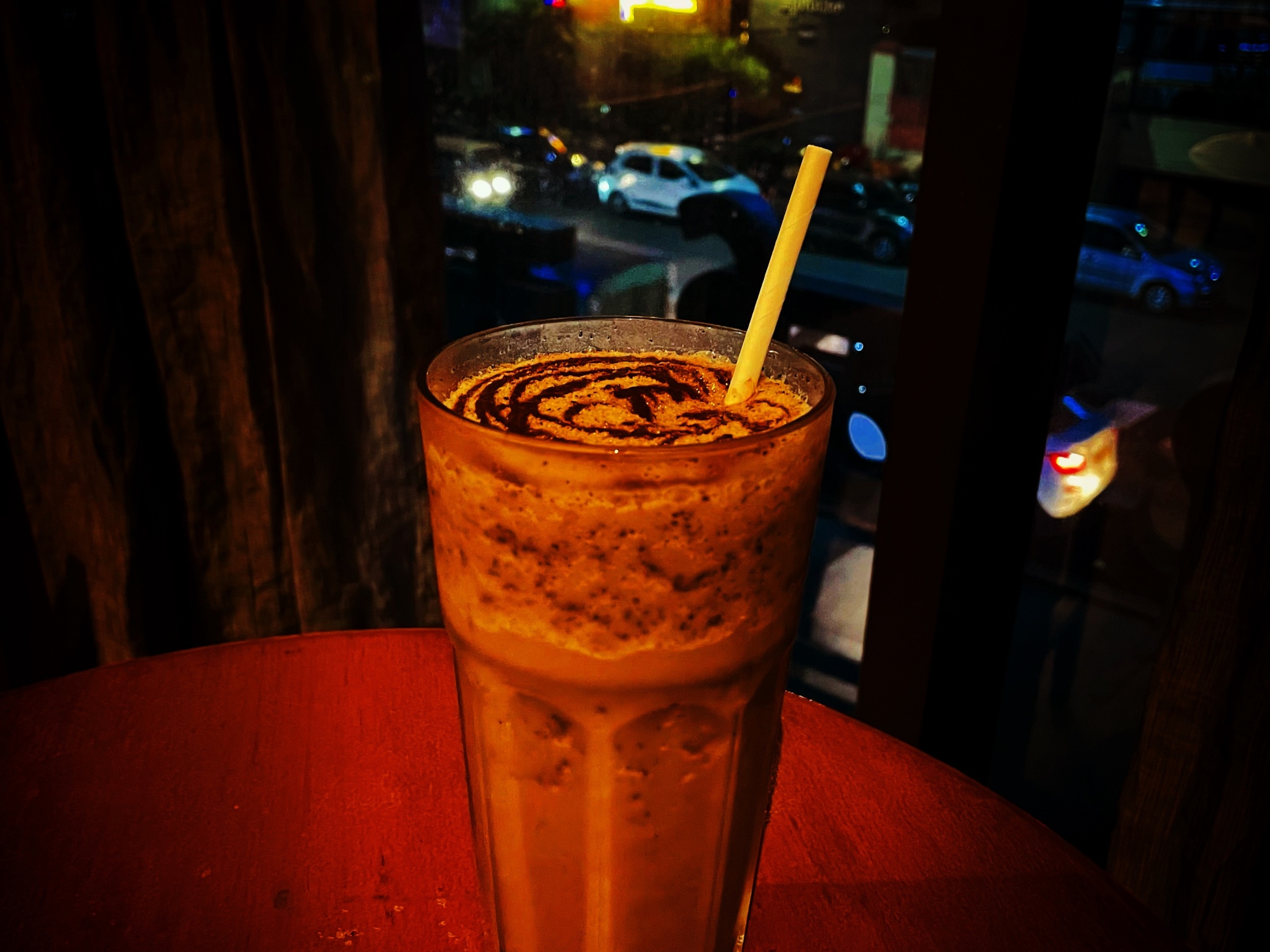 Hey folks, how ya doin ? Hope everything’s goin fine and just if you are wondering how am I doing, then well I’m kinda getting better and planning to break up with procrastination and get that lazy bum hustlin.

Well, a few days ago I wanted hit a night club but the bouncer said “STAG NOT ALLOWED.” With the LGBTQ movement still at infancy in India I’m pretty sure the bouncer wouldn’t have let me in even if I pretended to be one. By the way I’m straight 😂.

Moving further I was disappointed and as I walked along the way back to my home sweet home, I found Starbucks on the right. Well, I decided to hit the caffeine heaven.

The list was lengthy with respect to coffee and I decided to order Mocha. The dude at the billing counter suggested some other coffee to me which too had chocolate in it. I decided to go with the dude. Well, I ordered the largest volume and it’s called Venti.

With respect to taste the coffee was pretty upper average. As I mentioned in one of my earlier post, coffee shops rent real estate and this happens to be the reason why the coffee is so expensive. I’m pretty sure I’d get a similar coffee elsewhere for a lesser price but the ambiance and real estate renting cost for two hours wouldn’t be the same. The Starbucks outlet that I visited was in a location where average price per square foot is ₹40,000. So yeah, the coffee shop would be paying fat rent. Premium coffee shops aren’t crowded like the regular ones and has very small seating capacity, so breaking even with these aspects is directly proportional to the coffee price.

Well, so far I talked about everything else instead of coffee I guess. Well the coffee was good because it was a cold one and the volume was decent. The most expensive coffee I had prior to this was a hot one and it cost me ₹90 at Kalmane Coffee a few years ago and I was pretty upset over it. I am the dude who can gulp the coffee within few minutes and all the fancy features in the coffee shop really doesn’t matter. But when it comes to Starbucks there were few plus points. Starbucks is a competitor to co working spaces from my perspective and the furniture must be in such a way that I can get my work done. Since it was a Saturday night I had nothing to do apart from few memes. But the other customers who were there at the time I visited the coffee outlet had plenty of things to do. I spotted a dude with a 14 inch MacBook Pro and few papers who was busy with his work and the furniture was perfect for that work to get done. Most coffee shops have beanbags and poor chairs with no backrest. For a dude chillin with his girlfriend the aforementioned furniture would do but for a workoholic lad who prefers coffee shop over WeWork or other co working spaces there’s a lot that needs to go with the ambiance. Starbucks had seating arrangement that went well with both the working dude and the flirting flamingo.

Usually people alter their chair to get the perfect seating position but in my case I moved the table to hit that perfect C spot. By the way C spot refers to coffee spot not something that you might be thinking that rhymes with the aforementioned 😉. Well the tables weren’t sturdy and I was afraid of dropping glass that was made of glass. This is something that Starbucks needs to improve on because the coffee is served in glass made of glass and not paper glass. If the glass drops then there’s more damage and pain than losing expensive coffee.

Free Wi-Fi is something that coffee shops are known well for but Starbucks disappointed me. There were free available Wi-Fi networks within the coffee paradise but none of them had the name ‘Starbucks’. The dude who drinks a coffee that’s more expensive than single malt definitely has a fat wallet that can put Hulk and Thanos to shame. Going by that, connecting to unknown Wi-Fi networks can cause harm in this era of cyber attacks. That’s something Starbucks needs to improve on.

Well saying that I end this post and just hoping that my STAG status turns into COUPLE status before the next time I post on this website. Have a great day folks and if you aren’t busy right now, do spend some time to check out my other posts. Byeeeeeee 🙂